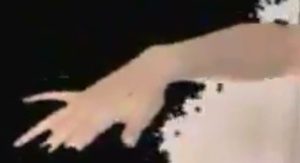 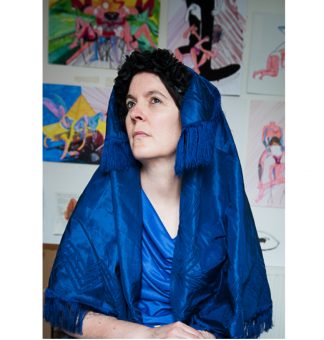 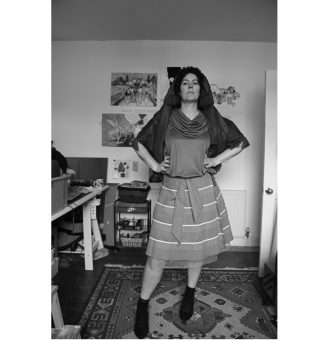 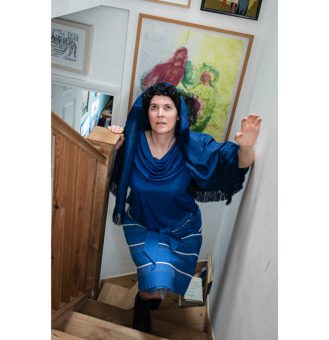 It is claimed Mary (The Mother of God) has spoken through various persons over time. She is the ultimate conduit. I have been dressing up as Mary for a number of years and performing a Mary Fact File of missing herstories. I consider these performances as an incarnation of The Mother of God. I am representing her intent; I am responding to what she would be doing now if she was still alive. she is living on through my interest and representation of her.

Working with performance, video and sound, I make art-work about ‘the Mother’ and ‘Mother Mary’. My intent is to research and represent women via sexuality, feminism and mysticism in relation to my-self-image. I also examine states of possession and control especially in relation to the Mother and child relationship in general. 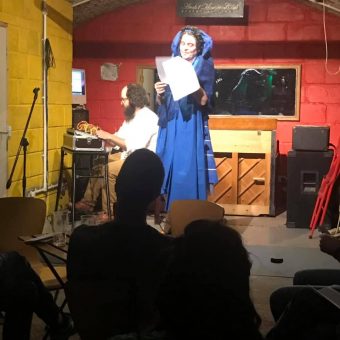 The following information is gathered from many sources. Much similar to the 4 gospels that made up the bible a century after events took place. Only this text is written 2000 years after the life and times of Mary; there-fore sources may be inaccurate by varying degrees.

Mary is the most revered of all Saints in Christianity and she was the most famous woman in the bible – perhaps you will also know of Mary Magdalene and Eve. How-ever what we know of her from the bible is minimal.

Mary was born into a devout Jewish family in Galilee (now part of Israel) when it was part of the ancient Roman Empire. Her parents were Saint Joachim and Saint Anne, whom Catholic tradition says that angels visited separately to inform them that Anne was expecting Mary

The evolution of The Cult of The Virgin Mary has given life after death to Mary. She has appeared in apparitions and weeping statues all over the world; in this sense she is not diseased, she continues to live among us.

According to the Gospel of Luke, The Angel Gabriel said ‘The Holy Spirit will come on you, and the power of the Most High will overshadow you. So the holy one to be born will be called the Son of God.’ Mary does not agree to impregnation with an enthusiastic yes, she responds ‘I am the Lord’s servant, may your word to me be fulfilled’.

But not by God: According to Jewish ancient legion the perpetrator was a Roman soldier called Panthera.

Due to the scandal that would be associated with Mary the gospels covered up the rape crime by inventing the notion of the virgin birth.

In the Gospel’s Joseph is also persuaded by God to Marry Mary to save her from community shunning and probable death by stoning.

The first mention of the virgin birth was created in the Gospels written almost a century after her life.  Luke wrote the most about Mary as a key figure and even mentioned how she might feel. Matthew, Mark and John were less interested in the female point of view and even considered her to stand in the way of Jesus and his work.

Mary is mostly silent in the bible. She and other women are not given say.

The idea of the virgin birth was introduced to give the birth of Jesus the wow factor as well as covering the illegitimate rumours. As there had been previous miracle births in the Old Testament – by women who were believed to be barren due to their elderly age.

Mary often stands on a snake because she is thought to extinguish the devil by pure goodness in an overriding age of political unrest and violence during her life time.

Original sin is the act of sex. Mary does not have sex therefore Jesus is without original sin.

Mary is The Mother of God – which means she is a powerful woman – to a more powerful man. Mary is without Godess status she is fully human as described in the bible.

God derives from Greek mythology as Zeus who was a polygamist and rapist.

God is a tamer version of Zeus.

It would always seem that Mary is a vessel. It was still widely believed at this time that a woman’s womb was like a plant pot – man would sow the seed and the woman would grow the baby. In those days the men had all the rights over offspring.

Mary had 4 boys and at least 2 girls – the new testament names the boys as James, Joseph, Judas and Simon; it neglects to name the sisters.

The eternal virgin aspect to Mary iconography only became central to her iconography after the visitation of Mary to St Bernadette where Lourdes was founded in the 19th Century.

There are 3 prominent women represented in paintings of the crucifixion and they are all called Mary. Identity for women was not important.

Mary is the long-suffering mother which has created a template for future generations of women. Womens identity can stay entirely within the domestic realm as male counterparts would expect to gain employment outside the house.

As a result of this women still in generally are paid less than their male counterparts in the work force.

Mary is a slang word which also means vagina.

Mary – with her swathes of cloth looks like a big vagina. Her head is right in the place of the clitoris.

There have been hundreds of visitations of Mary to people all over the world. The individuals will claim Mary is channelling from God who is in turn channelling through them. There-fore the cycle of abuse for Mary continues.

She continues to be the main receiver to God. She is not independent of him.

Not much is known about Mary before and after Christ the spotlight only shines on her during her son’s lifetime.

Mary is thought to protect people by wrapping her blue cloak around them. Especially children.

The latest weeping statue of The Virgin Mary was recorded by Rosana Mendoza Frias in Argentina Nov 2018. This statue has cried on 38 different occasions. Every time a weeping statue occurs the church will go to investigate and pronounce it miracle or fake.

Mary did not suffer the pain of childbirth as was the assigned punishment to Eve following her temptation by Satan in the Graden of Eden. How-ever in order to make Mary relatable. Her child birth suffering is acted out during her son’s crucifixion; here she suffers the pain of child birth, magnified.

Mary is popular as she is relatable because she cries.

For practical reasons blue paint was used for Mary’s cloak as it was the most expensive paint pigment and therefore was considered the cape of an empress.

Blue is for sadness: This comes not from Mary but the colour of livid skin when anxious and the blue flag which was flown when the captain died at sea and a band which was painted around the hull.

Blue is the world’s most popular colour even though it is commonly associated with sadness, feeling blue and the blues. it is serene and mentally calming.

Blue is the colour of clear communication and blue objects do not appear to be as close to us as red ones.

We don’t know for sure but after Jesus died John the beloved disciple took Mary to live with him on Jesus’s request as a woman without family would be very vulnerable. She may have stayed in Jerusalem afterwards or gone back to Ephesus as a lot of family resided there.

To end on; My favourite fact of all; Joseph was a carpenter and Mary was a hairdresser. This fact derives from Jewish ancient text written almost 200 years after her life and is most probably unfortunately untrue.

Marina Warner – All Alone in Her Sex

‘Making an exhibition of myself’ Walthamstow Market – 2018