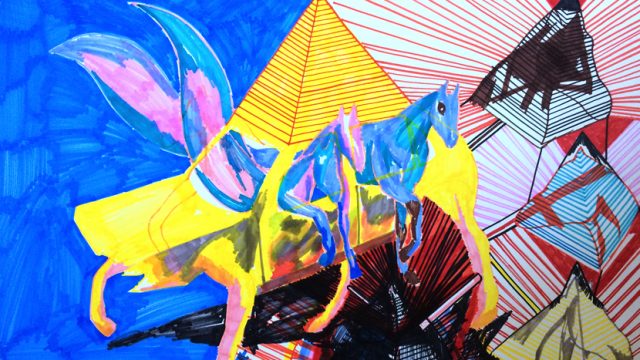 Eve says, ‘Jesus is the son. But the son comes from the mother. Consider this: which is greater God or the world?’ They say, for they have learned this already from the nuns, ‘God is greater because God created the world’. Eve says, ‘So which must be greater, the Mother or the Son?’ They pause, because they think her words may be blasphemy. Eve says, ‘It has already been hinted in scripture. It has already been told to us that God came to the world in a human body. We have already learned to call God ‘Father’. ‘Jesus taught that’ They admit that this is so. Eve says, ‘So I teach a new thing. This power has been given to us to lay straight our crooked thinking. It is the Mother not the Son who is the emissary of Heaven. We are to call God “Mother”. God the Mother came to earth in the body of Mary, who gave up her child that we could live free from sin. God always said She would return to eatrth. And she has come back now to instruct us in her ways’.

The Myth of the Minotaur – group show exhibition

These works were made at the Mothership Residency in Dorset, August 2017

Interview for AN magazine by Lydia Ashman

Self Portrait with Extra Sprinkles

The Mother Pack and Captured Crocodile

Holding up The World

Death by Car -Free Condoms
In the drawing Ice Cream Women the mother is duplicated by three and acts out the instinctive nature of the pack taking watch over the ice cream van, protecting the food source from other predators. In this drawing and in Death by Car individuals are intrinsically linked, family members/cloned mothers act on the same principles. In Death by Car the mothers put their heads into the car as if gassing themselves at the cooker in the ultimate act of domestic trapping.

These vehicles represent the trappings of domesticity in neat packages. The absurdity of the ice cream van with its music and niche products and the family car, carrying the family to a holiday destination. Travelling to resorts in the UK by car was a 1970’s summer stalwart, it represented a new convenient freedom. I always associate the feeling of boredom with sitting in the back of the car seemingly endlessly whilst moving towards an organised escape from normality.

I and millions of others willingly except the trappings of domesticity, we also attach ourselves to the wild by travelling there in the car. Hopefully when we get there an ice cream van will be parked up reminding us we are never far from home.

Two members of The Family

The Car Will be The Death of You 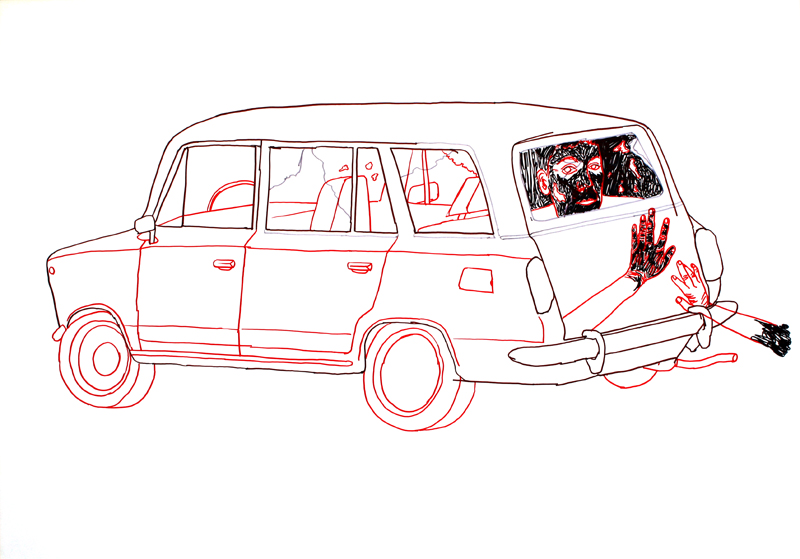 Ghost in The Car